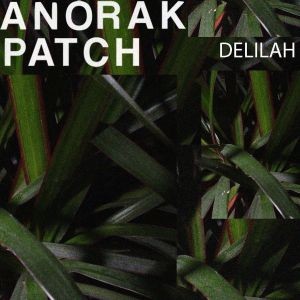 Following breakout tracks ‘6 Week Party’, ‘Irate’ and ‘Blue Jeans’, the 4-piece share new single ‘Delilah’, a tale of wanting more than the small town you call home, and further proof of why Anorak Patch are one of the UK’s most exciting young bands to emerge in recent times. Of the track, the band say, “‘Delilah is a story. It’s about a girl who’s struggling her way through life... the song is sort of a snapshot of how difficult life can be when you are in a bad headspace without good people around you. It’s a lonely place to be. The ‘town’ is just a reference to wanting something more than the place you grew up in... I guess in that sense it’s a little autobiographical. We are from a little place in Essex, it’s not a bad place, but we collectively dream that by playing our music we will have a chance to move out of its orbit.”
Anorak Patch are also set to perform their debut headline shows, including in their hometown of Colchester next month, and in London next year. Keyboardist Effie Lawrence formed the group in late 2019 with high school friends Luca Ryland (drums), brother Oscar (guitar) and bass player Eleanor Helliwell. The drummer being just 15, and the oldest member 18, the new single continues to show the band’s immense musical talent at such a young age.