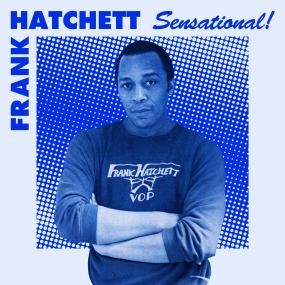 ‘Sensational - that’s Frank Hatchett!’ These words can be found on many of the 16 albums credited to the legendary NYC jazz dancer, choreographer, and teacher to the stars - Madonna, Brooke Shields, Olivia Newton-John, and Naomi Cambell.

In the highlights compiled on this expansive double LP set, the sounds of Hatchett’s albums run the gamut from disco and funk in the 1970s to electro and proto-techno as they glide through the ’80s. Most tracks clock in at a brisk 2:30 – the ideal length for Hatchett’s classes or his students’ recital performances. Fans of library music will find a similar focus on immaculate performances, while the tightly coiled drum breaks, Afro-Cuban rhythms, and thumping 808s will send rare groove collectors into a state of head nodding bliss.

Hatchett’s name and photos may appear on the sleeves of his records like Dance Crazy, Jazz Power, or Vop Style, but he is nowhere to be found in the music contained within. Instead, these albums dating back to 1974 were recorded by studio players under the guidance of musical director Don Tipton or arranger Zane Mark. Performers include: keyboardist Fred McFarlane (Madonna, Keith Sweat, Evelyn “Champagne” King), drummer Bernard Davis (Steve Winwood, Ryuichi Sakamoto, Kool & The Gang).