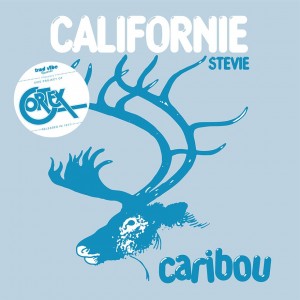 Trad Vibe Records proudly presents a first-time reissue of Caribou, a side-project of Cortex, originally released in 1977. A great and rare double-sider jazz-funk 7inch, now available as a reissue. Originals don't go for less than £50!!

French avantgarde jazz-funk pioneers Cortex released three milestone albums during the seventies including the iconic "Troupeau Bleu". Their music has been sampled by hip-kop artists such as MF Doom, Wiz Khalifa, Lupe Fiasco and Rick Ross and as a consequence is still very much alive today.

Matt says: Heavy sampled jazz funkers Caribou (not that one!) are oft-referenced but little known outside select circles. This particular 7" has been a rarity for some time. Do your ears a favour and give 'em this to listen to they'll thank you for it!