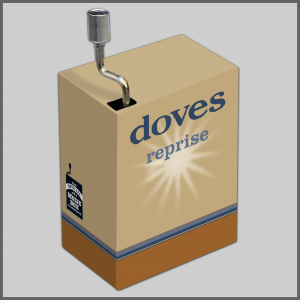 The penultimate song of Doves’ debut long player ‘Lost Souls’, 'Reprise' revisits the guitar figure from other album track ‘The Man Who Told Everything'.

Released in the year 2000 on the Heavenly record label, the Mercury Music Prize nominated album that Manchester icon Johnny Marr called "a vast 3am melancholic beauty brought to life" went on to gain Top 20 status in the UK and was described by the NME as "the first great album to come from Manchester since ‘Definitely Maybe’...”

This Official Music Box version of this instrumental classic is a haunting coda to the beauty of the original Doves track.