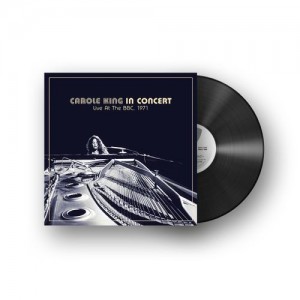 Previously unreleased on vinyl, Carole King In Concert - Live At The BBC 1971 was recorded live for the BBC In Concert Series (produced by Stanley Dorfman) in 1971. Featuring her longtime friend/musical collaborator Danny "Kootch" Kortchmar on guitar and a backing band including members of Jo Mama (who appear on Carole's seminal Tapestry), King performs a timeless setlist of her classics including "I Feel the Earth Move," "(You Make Me Feel) Like A Natural Woman," "So Far Away" (featuring James Taylor), "It's Too Late," "Will You Still Love Me Tomorrow" and "Up on the Roof."