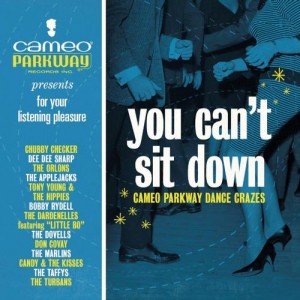 A crazy 22-track collection containing some of the biggest dance craze hits from the Philadelphia label that got the world dancing in the early 1960sIncludes tracks by Cameo Parkway’s biggest stars: Chubby Checker, Bobby Rydell, Dee Dee Sharp, The Orlons and The Dovells as well as R&B greats Don Covay and The Turbans. Twelve Top 40 hits including three number 1 chart toppers!Chubby Checker’s original hit version of “The Twist,” which has the distinction of being the only single of the rock era to reach number 1 twice in two consecutive years, is included. Features an essay by acclaimed rock & roll and R&B historian John Broven. Mastered from the original master tapes from ABKCO’s Cameo Parkway archive
Bespoke printed inner bags including extensive liner notes and period photos.