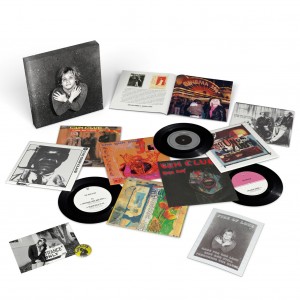 If ever there was a band seemingly determined to come from nowhere and go straight back there, it was The Gun Club. Jeffrey Lee Pierce’s search and destroy combo was spawned by the L.A. punk scene in 1979. Two years later their first LP, the incendiary Fire Of Love, was spewed out by Slash Records, a matter of months after the punk zine Pierce wrote for, and the label named itself after, breathed its last. Fire Of Love was one of the 80s’ genuinely shape-shifting US debuts, igniting post-punk depth and minting genres including blues, psychobilly and Americana.

Jeffrey Lee Pierce was an extraordinary character. Learning to play guitar at the age of 10, he quickly immersed himself firstly in reggae and later the Delta Blues, particularly works by Tommy Johnson & Robert Johnson. By 1976, he had become obsessed with Blondie, going on to become President of the West Coast Blondie Fan Club. It was Jeffrey Lee Pierce who suggested to the band they cover ‘Hanging On The Telephone’. The Blondie connection would later resurface in 1982 when Chris Stein signed and produced The Gun Club for his Animal Records label. In 1996 after releasing seven studio albums, 37 year old Jeffrey Lee Pierce sadly passed away following a stroke. What he left behind is a legacy of work that has had a prolific effect on some of the most distinguished rock acts of the past 20+ years, these include Nick Cave & The Bad Seeds, Sonic Youth, The White Stripes, Mark Lanegan, Primal Scream and The Black Keys.

All singles remastered especially for these vinyl editions