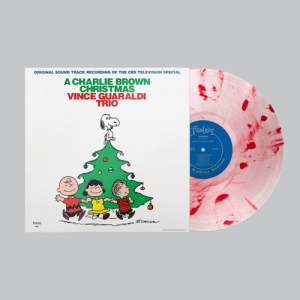 Ahead of the 2021 holiday season, Craft Recordings is pleased to announce a special vinyl edition of A Charlie Brown Christmas—Vince Guaraldi Trio’s enduring soundtrack to the 1965 PEANUTS animated special.

A Grammy Hall of Fame inductee in 2007, A Charlie Brown Christmas was inducted into the Library of Congress in May of 2012 with the accompanying statement, “A Charlie Brown Christmas introduced jazz to millions of listeners,” and 45 plus years on it's still doing just that. Peanuts and Vince Guaraldi historian Derrick Bang even goes so far as to say, "Back people into a corner and limit them to just one holiday album for the rest of their lives, and I suspect that an impressive number of folks, jazz fans or not, would select this one!"