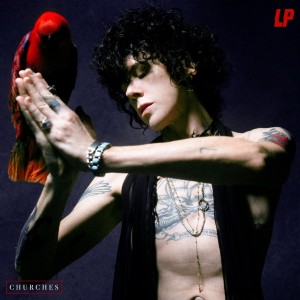 American singer songwriter and LGBT Icon LP, who has more than two billion streams to their name and a devout global fan following, releases their highly anticipated sixth album, ‘Churches’, via [PIAS] Recordings.

A 15-song track listing of lush, captivating creativity, described by LP as such: “This album feels like a friend. A friend who took me through one of the most trying times in human history and a fairly trying time in my own personal history. So many real stories and realizations that I feel like I was able to share here.”

With a run of UK tour dates planned, plus a performance at London’s Hammersmith Apollo on 25th of January 2022, LP is ready to shake up the UK with this new record.

‘Churches’ features the singles ‘Angels’, ‘Goodbye’ and ‘One Last Time’.