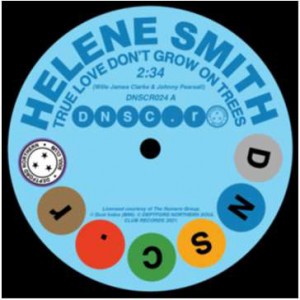 A Deep City Records release (one of five for Helene Smith) that originally came out in 1965 on the Miami-based label, ‘True Love Don't Grow On Trees’ is a gorgeous mid-tempo soulful heartbreaker, while the flipside and its wandering guitar line sounds like girl group buried treasure that would have sounded fantastic covered by Dusty Springfield. In the hands of Helene Smith, both tracks are nothing short of magnificent. These two tracks only previously appeared as a long-lost single that goes for £300 a pop these days. Acclaimed as the First Lady Of Miami Soul, Helene Smith came back into prominence with the issue of Numero’s 2006 ‘Eccentric Soul’ album of Deep City cuts.