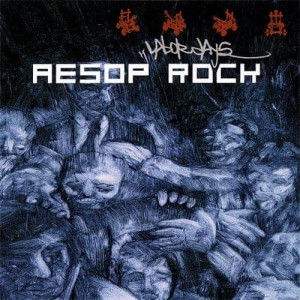 It's been 20 years since Aesop Rock released "Labor Days". To celebrate two decades, the LP has been pressed on metallic copper vinyl. Aesop Rock's fourth release and his third full-length studio album, it finds the rapper confortable and eloquent. Combining grit, poise and originality into a killer combo. The project was originally released in 2001 as his first album on Definitive Jux. The album includes popular songs "Daylight" and "9-5ers Anthem", and guest features from Illogic and C-Rayz Walz, as well as production from Aesop Rock, Blockhead, and Omega One. It's not aged a bit, and indeed surprised most of our staff with the fact that it's 20 years old! A brilliant example of this incredible talent's unique style.