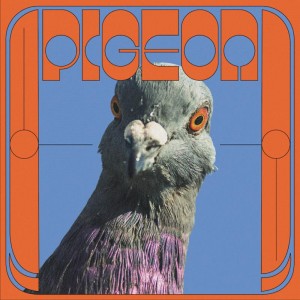 As the tracks cross effortlessly between Afro-disco, no wave and jazz, the cohesive symbiotic relationship of the band members is obvious from the start. The powerful vocals of Guinean singer Falle Nioke are complemented by a wealth of talent from Graham Godfrey on drums, Steve Pringle on keys, Tom Dream on guitar and Josh Ludlow on bass.

Having moved to the UK from West Africa in 2018, Falle Nioke has recently been in the spotlight. On Yagana, he continues to sing in a multitude of languages, but this time shifts towards a more organic musical direction, showcasing his incredible versatility as a vocalist.

This new path can be attributed to the pedigree of the rest of the group – veteran musicians Steve Pringle and Graham Godfrey are key members of Michael Kiwanuka’s band, the latter also performing with Little Simz, Cleo Sol and SAULT, among others.

Furthermore, Tom Dream and Josh Ludlow are electronic artists in their own right – with a number of artistic projects in the works, as well as having performed together as ambient duo Soma World. Both used to play in metal and grunge bands in earlier years, an influence which has made its way into Pigeon’s distinctive sound.

The Yagana EP is an emotionally-charged offering, exploring themes of lust, saudade, homesickness, and hope for peace. The title track ‘Yagana’ translates to “it’s been a while”, and though its up-tempo disco rhythm and wild synth solos lend a cheerful disposition, the lyrics describe a melancholic yearning for Africa.

Recorded in a single weekend, Pigeon’s Yagana EP is a clear testament to each member’s skilfulness and varied experiences, creating a fully-fledged being that is greater than the sum of its parts.

Matt says: This is real good. Elements of old afro-beat collide with warm keys, a totally individual lead singer and elements from supergroup Sault that's hard to describe but you'll instantly recognize those motifs... Reckon this is gonna blow up. Bag a copy now.

Isaac Hayes And The Bar-KaysDo Your Thing