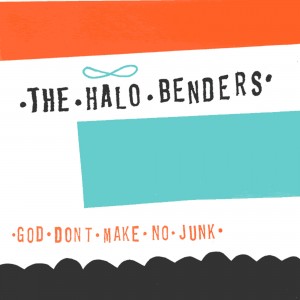 Initial collaboration between Calvin Johnson of Beat Happening and Doug Martsch of Built to Spill. These recording sessions at Olympia, WA Dub Narcotic Studio took place in 1993, just prior to the release of the debut Built to Spill album Ultimate Alternative Wavers. The combination of the two voices was a happy accident that proved to be the combos winning charm. Also Available From Halo Benders: Don't Tell Me Now CASS / LP, The Rebels Not In CASS / LP. Trouser Press called the album "a sampler of extraordinary diversity" and "a stack of strange gems." Gimme Indie Rock: 500 Essential American Underground Rock Albums 1981-1996 praised "Canned Oxygen," calling it "a musical high point for both principal personalities." Spin listed the album as one of "Rock's 25 Greatest Team-ups."