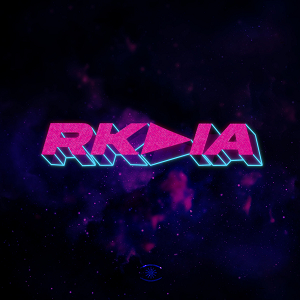 The duo consisting of Danish Morten Schantz (synth + vocals) and Swedish-Norwegian Anton Eger (drums) are well-known names on the jazz and fusion scenes of Europe. For a while now, both have been pushing the envelope, applying jazz logic in all sorts of unconventional shapes and places, seeking out the new and unheard.

With the release of the self-titled single ‘RKDIA’ earlier this year the duo gave a taste test of the blazingly frenetic, techno-chromatic, jolting and stirring world of RKDIA. A world you would have wished you had heard about a lot earlier. With their tribute single to the notorious Roger Federer: ‘Federer Happier’ they deliver a *hands in the air* tune leaving one breathless but comforted all at once. Not to mention the third single ‘Iris’ which represents the most pop sound from RKDIA on the album. It's a song that showcases Morten and Anton’s love of a good pop melody. With Anton’s unpredictable and truly inspiring, almost melodic drums and glitchy percussion, it lets ‘Iris’ arise into the unsudden, accompanied by Morten’s, foremost, bleepy arpeggiated chords supplemented by his vocals with a twist of the vocoder. Honorable mentions amongst the numerous original tracks within the album are firstly ‘Lucid Dreamer’. An unconstrained, four minute instrumental that feels like an extended snap- shot of a single moment in time, the melodies un- packing and re-packing themselves over and over. Secondly is yet another pumping, uplifting, and driving track ‘Shelter’ which is infiltrated by a jazzy trum- pet solo that furthermore accompanies the synth chord progression. Take yourself on a journey ‘Into’ and ‘Out Of’ the world of RKDIA, through an album filled to the rim with originals.

If you are into M83, Nils Frahm, Radiohead, DeadMau5, Tycho, Brad Mehldau, Pink Floyd, Kraftwerk and Genesis then godspeed into RKDIA.

Morten Schantz and Anton Eger have received world wide critical acclaim with artists such as JazzKamikaze, Phronesis, Marius Neset as well as their own solo projects.