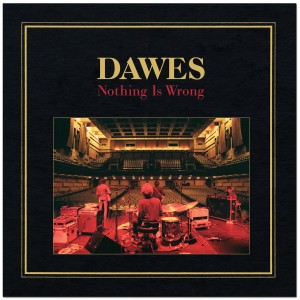 In 2011 Dawes released their highly anticipated sophomore album ‘Nothing Is Wrong’.

Produced and mixed by Jonathan Wilson, ‘Nothing Is Wrong’ built on the band’s sun-drenched, Laurel Canyon sound with rock solid songwriting and beautiful Crosby, Stills and Nashstyle harmonies.

The album was met with near universal critical-acclaim and catapulted the band’s career. With ‘Nothing Is Wrong’, Dawes staked their flag