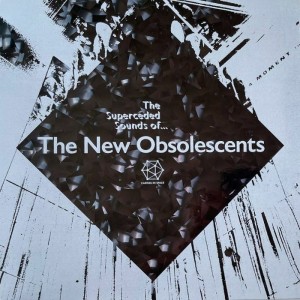 Presented for your delectation, a brand new deep space travelogue from the collective minds of DJ Food and Howlround. Improvised live at the Museum Of London in 2016 and now heading off into the uncharted territories of 2021.


This album began life four years ago when the trio of Strictly Kev, Robin The Fog and Chris Weaver were tasked by Jonny Trunk with providing an all-night immersive soundtrack for the mammoth ‘Museum Of Last Parties’ extravaganza in the Museum of London’s Torch Room. Setting up their vintage reel to reel tape machines, turntables and various FX units in the very shadow of the torch that became the icon of the 2012 Olympics, the trio set about creating a soundtrack worthy of champions. Strange new worlds conjured from obsolete media, a vision of the future constructed live using nothing but vintage analogue technology and a sense of adventure. With a constant stream of revellers stopping by to lounge on moon-shaped cushions and enjoy this interstellar soundtrack being woven right before their ears, the trio amassed almost four hours of improvised oddities that night.

It wasn’t until the spring of 2020 when they suddenly each found themselves at home with all plans cancelled and a LOT of spare time that the tapes were resurrected and the album started to take shape. The album is presented in an extraordinary sleeve, hand assembled by Strictly Kev, who explains, “Since discovering the Philips 21st Century Prospective series of French musique concrete LPs on tour in European the 90s I’ve been fantasising about one day making a record with a Héliophore patterned silver foil cover. The patterns etched in the covers are achieved by minute differences in the angles of the foil coating which then reflects the light and appears to animate when moved.


These legendary and increasingly expensive LPs contained critical works from an international array of leading artists in the tape and electro acoustic field, spearheaded by Pierre Henry who also released many of his own works on the label. Colin at Castles in Space was fully on board with the sleeve idea from the beginning and it’s a testament to his belief in the project that he was prepared to trust me with the whole process despite the considerable extra costs, I gave them to Jonas Ranson at paperHAUS who carefully but expertly screen printed each panel with the cover design.

Each sheet was then cut to a 12”x12” size and painstakingly glued to each sleeve, pressed while drying and sleeved in PVC outers, making sure not to scratch the foil which is extremely delicate. As a nod to the site of the original performance recordings at the Museum of London, with moon rock bean bags and a space travel theme, we decided on a silver and black hybrid moon surface effect for the vinyl. The whole process of making the sleeves probably took longer than the whole album but I couldn’t be happier with the results, it was worth it.