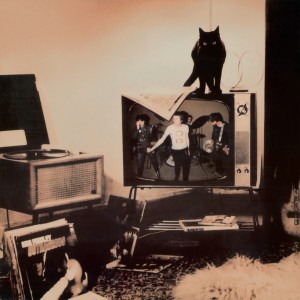 First time reissue of the 1977 debut single of London's punk pioneers Alternative TV, originally released on Deptford Fun City Records. The band was founded by Mark Perry (editor of the zine Sniffin' Glue) and Alex Fergusson (member of Psychic TV years later). Early rehearsals took place at Throbbing Gristle's studio with Genesis P-Orridge on drums. The line-up of the band during the recording of this single was completed with drummer John Towe (ex-Generation X) and Tyrone Thomas on bass, sporting a straight-forwardy punk sound that eventually would evolve into a more experimental direction in the following years. 'How Much Longer' is a sharp critique of punk style: "How much longer will people wear / Nazi armbands and dye their hair? / Talk about anarchy, fascism and boredom / When you don't know nothing", that anticipated their own boredom towards the punk scene. An absolute must-have!