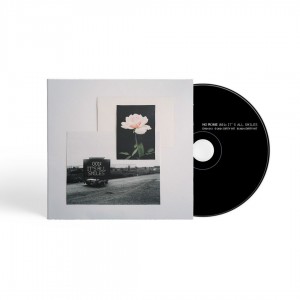 ‘It’s All Smiles' is the highly anticipated debut album from No Rome, produced by Rome alongside BJ Burton BJ Burton (Kanye West, Bon Iver, Charli XCX) and George Daniel (The 1975). Guendoline Rome Viray Gomez hadn’t planned on moving back to Manila, where he’d been born and raised, but the pandemic changed things. A festival appearance evolved into an extended stay with his parents, and then Rome, 24, rented a two-bedroom apartment of his own when it became clear he wouldn’t be returning to London, where he’d been living for the last three years, anytime soon. In the extra room he put his drum machines, synthesisers, monitors, and laptop to create the improvised home studio where he recorded his debut album It’s All Smiles, under his moniker No Rome. It’s an album for quality headphones, where each detail and decision can glisten. It’s the album Rome’s life has been leading to, a crystallized expression of a style that could only have come from his particular set of enthusiasms and influences. It’s major.