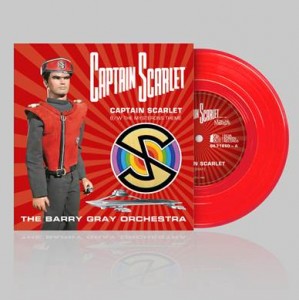 Captain Scarlet and The Mysterons followed the hugely successful Thunderbirds series and the popular theme tune generated a 7" single release on the Pye label in 1967. This new 7" single improves dramatically on the original artwork and sound.

Matt says: They're BACK! If you know you know!! Highly, HIGHLY collectable Thunderbird soundtrack 7"s on Silva Screen. Obsessive cult following. Buy now or cry later - you have been warned!