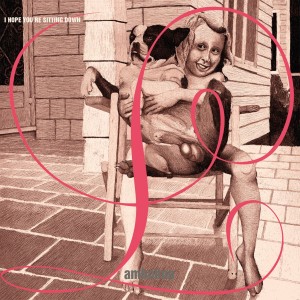 Back in 1994, when Lambchop first lurched lackadaisically into public view, they seemed to many people freakish, outlandish, destined at best for the pages of photocopied fanzines and the graveyard hours of specialist radio stations. A sprawling collective of Nashville musicians —eleven were credited on the sleeve of I Hope You’re Sitting Down / Jack’s Tulips, one of them apparently responsible for “open-end wrenches” —they’d named themselves after a sock puppet, inexplicably given their album two titles, and stuck a painting on the cover of a small, barefooted child holding a dog whose cock and balls are on proud display. Perhaps to counteract this bold depiction of canine masculinity, the inner sleeve offered a black-and-white shot of what the more refined sometimes call a “lady garden.” The back cover offered a painting detail of a wedding dress. So far, so weird.

Where Lambchop brought us was somewhere so singular and bewilderingly gripping that — to perhaps no one’s greater surprise than the band themselves, whose homeland remained baffled for quite some years to come — the album ended up in British music paper NME’s Top 50 Albums of the Year. In case anyone were to consider this an anomaly, France’s similarly influential Les Inrockuptibles placed it at number 25 on their own list. Not bad for a band who had gathered since the mid-1980s, once a week, purely for pleasure, in that smoky, dimly lit basement. Not bad, either, for a record whose sessions were initially only expected to produce enough material for a handful of 7 -inch singles. Disheveled yet tender, anarchic yet intricate, I Hope You’re Sitting Down / Jack’s Tulips instead provided the springboard for a career — still ongoing, despite repeated reinventions, and still compelled by stubbornly freakish, outlandish intentions — during which Lambchop’s ever-changing line-up has continued to confound expectations. Wagner, meanwhile, remains one of our most cryptic but crucial voices, an authentic poet of the magical banal. Sure, it was weird here, but it was wonderful, too. Over a quarter century later, it still is.

A1 Begin
A2 Betweenus
A3 Soaky In The Pooper
A4 Because You Are The Very Air He Breathes
B5 Under The Same Moon
B6 I Will Drive Slowly
B7 Oh What A Disappointment
B8 Hellmouth
C9 Bon Soir, Bon Soir
C10 Hickey
C11 Breathe Deep
C12 So, I Hear You're Moving
D13 Let's Go Bowling
D14 What Was He Wearing?
D15 Cowboy On The Moon
D16 Or Thousands Of Prizes
D17 The Pack Up Song