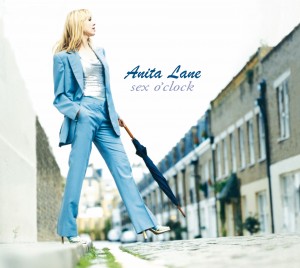 Sex O’Clock, which is previously unreleased on vinyl, was planned for release before Anita lane’s untimely death earlier in 2021 as a 20th anniversary edition of the her timeless album. Initally released in 2001, Sex O’Clock was produced by Mick Harvey, featuring co-writes with various Bad Seeds, along with unique interpretations of other songwriter’s tracks including Gil Scott-Heron’s searing ‘Home is Where the Hatred Is’.

Known for being one of the most creative forces to come out of Melbourne’s post-rock scene, Anita came to London in 1980 with The Birthday Party. Credited as a co-founder of Nick Cave’s Bad Seeds, Lane exerted a strong influence over the band and co-wrote the universally acclaimed ‘From Her To Eternity’ and the haunting ‘Stranger Than Kindness’. Whilst also collaborating with the likes of Barry Adamson, Einstürzende Neubauten, Die Haut and Mick Harvey on his celebrated Serge Gainsbourg albums. First time on vinyl with lyric inner sleeve, also available on CD with lyric booklet.

1 Home Is Where The Hatred Is
2 The Next Man That I See
3 Do That Thing
4 I Hate Myself
5 A Light Possession
6 I Love You, I Am No More
7 Like Caesar Needs A Brutus
8 Do The Kamasutra
9 The Petrol Wife
10 Bella Ciao