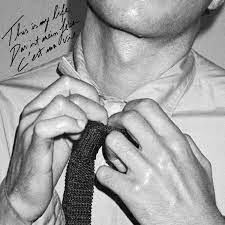 Hailing from a city that birthed the likes of Krautrock, and with LCD Soundsystem’s Al Doyle and Hot Chip’s Joe Goddard on production reins for their upcoming EP, SPARKLING’s remarkable progression continues, having originally formed during their time studying at University and Art School in Cologne, where they developed a reputation live in their homeland for hot, heady and sweat-drenched club-room sets.

A move to London followed, where they soon worked with Stereolab’s Andy Ramsay on their debut LP ‘I Want To See Everything’; a jagged, quick-witted set of ten pop-flecked post-punk tunes, breaking them out of Germany and attracting widespread support across the BBC Radio 1 (Jack Saunders) and BBC 6 Music (Lauren Laverne, Steve Lamacq) airwaves, as well as an invitation to play at SXSW.

Arriving ahead of their EP release in spring 2022 and subsequent live run, lead track ‘C’est Ma Vie’ is the sort of irrepressible hands in the air indie anthem that defies resistance. A song about self-doubt and regaining self-confidence, it’s cathartic in its sense of unashamed grandiosity and positivity in contrast to the twin troubles of the pandemic and Brexit that the group have drawn influence from.