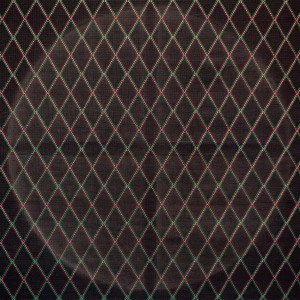 The band was a crucial part of the Rose Mansion Analog label (including bands Soviet Pop, Hot & Cold, and Golden Driver) & the scene that spawned around it. Since the band's dissolution, guitarist Tom Ng has formed the (even more) minimalist duo Gong Gong Gong (Wharf Cat Records) and continues to hone the 'Phantom Rhythm' with each passing release. Read what their associate Fung You-Chung wrote of the album upon it's debut: Do the Offset: Spectacles need a drummer or a drum machine? There are a lot of different opinions on this topic. When the band first started, they were busy trying to answer the same question. In the early days, the band auditioned a drummer in Hong Kong's famous underground rehearsal space, President Piano Co. The session began with some roughly-formed songs, and the drummer's technique was hardly questionable, yet something was missing. Finally they decided to max out the volume on the three amplifiers they were using. At the end of the session, they couldn't even hear what each other were saying. The drumless concept did not come from this incident, but the totality of each instrument, tone, expression, volume level and the subsequent ringing in the ears did conglomerate into form through it. Beats produced by drums or drum machines do not always necessitate the sense of rhythm or listener's immersion into the music.

This is the art of the Offset: Spectacles: a demonstration of how to enter one's consciousness through rudimentary movements. The quantified beat case no longer describe the intertwining results of the tug-of-war between different instruments through the negotiation of volume - that is, the Phantom Rhythm. Although one could certainly take the quantified beat into account, that would defeat the purpose. Whether it was deliberately done or not, it doesn't matter. This result is not about technique or form, nor can it be pinned down to any sort of category, and it would be rather shallow to describe it as theory. This physical and mental dialogue not only connects the listeners (as well as the origination of its name.

If one were to suggest that history has provided adequate nourishment through the forebearers of Phantom Rhythm in Django Reinhardt, Bo Diddley, The Velvets, one could further suggest that the lyrics of the Offset: Spectacles is a realization of the characteristics of a spectacular society. As opposed to this age of totemic cities that oversaturated lofty ideas and golden rules, the Offset: Spectacles do not ask the listeners to explore the absolutes. The lyrics do not exist on their own, nor are they a subject of lyrical studies or dialogues crafted for enticing anyone, rather, they are a straightforward presentation of the society of the spectacles, or the spectacles of the society; bits and pieces of emotions left in the cities.

Whether this musical layering is an inversion, negation or just a void of rhythm, the essence lies in how the band absorb and replicate such cities, such character, and such mental states. When the chord strikes, when subjects intertwine in space, if listeners could still sense the scent of the band, urges from each embrace would undoubtedly enter their perception. The Offset: Spectacles debut album is presented again in glorious black vinyl, with remastered audio by Mikey Young, and includes a new insert with English translations of the lyrics by Vince Li. The album will also land on streaming services for the first time.