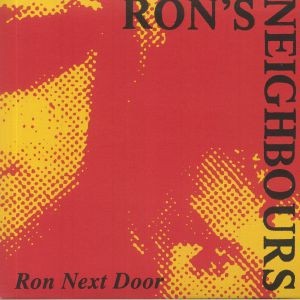 Happenstance can be a fortuitous element. A union-funded single discovered in a dusty store, a long disbanded band found, leads to unreleased post punk dubs in a box of unreleased demos.

Formed during the mid-80s in the downbeat town of Walsall, their music is a blend of disparate influences from 50's crooners, blues and reggae to Killing Joke and The Bunnymen; Ron's Neighbours were out of step with the perfect pop of the C86 indie generation.

Their only single - "To The Fight" - a split 7" was supported by the Trade Union Resource Centre, while many gigs were benefits for striking miners, leading to a loyal local following.

Engineered by Ozzy Osbourne's brother Tony, tracks were recorded at an 8 track bedroom / home studio, while a terraced house served as rehearsal space. Here Ron Next Door was born. When a tape recorder was left running it captured the long-suffering neighbour for posterity. His outburst gave the band and song, its name.

The B side, Sitting On Top of the World, is an indie anthem, becoming their theme, a blend of grandiose and banal that characterised their songs.

A1. Ron Next Door (alternative Mix)
B1. Sitting On Top Of The World