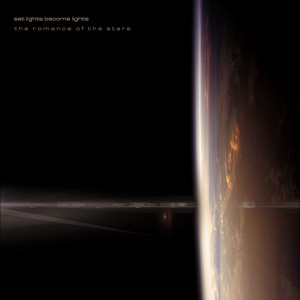 An absolute stripped down, minimal masterpiece recalling nods to Eno, Cluster, Popol Vuh and Steve Reich amongst others. Richly rewarding and beautiful, it’s Neil ELBLs’ “classical” record in many ways- stripped right down from his trademark, layered Neu! homages and driving motorik grooves, longterm devotees may at first be taken aback, but the albums’ absorbing, meditative grooves are utterly intoxicating, and all parties here, agree that it is his finest offering thus far.

Neil himself describes the record as being easily his most personal ‘til this point, almost playing out as a soundtrack to the last five years of his life; trekking across Spain seven times, journeying the length of India by train for 3 months, living on the beach in Sri Lanka, watching lightning storms rage around him at the foot of Spanish mountains, falling in and out of love…

Three beautifully hypnotic slow builders grace Side One of the record- lush, orchestral and utterly beautiful. However, it’s Side Two’s epic 23 minute, 3 part title track that acts as the cornerstone to the work. A glorious side long opus beginning with an emotive orchestral piece, with its achingly beautiful strings-heavy, slow builder of a melody which -quite possibly crazy by definition- to these ears, merges some weird Popol Vuh meets Tchaikovsky collision!? As the track reaches its crescendo, (longer term ELBL listeners fear not) it builds to a pleasingly “four to the floor motorik bliss” conclusion!

The recording of this track began in 2008 but lay abandoned for over ten years. Neil explains that it “was just too complicated and difficult to finish”, however it was finally completed in 2021 and we thank our lucky stars that it was.