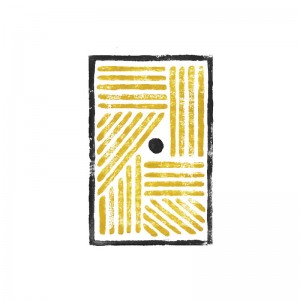 Rosie Turton is delighted to announce the release of her new EP, Expansions and Transformations: Part I & II on the 18th June 2021. It follows the release of the trombonist's debut LP Rosie's 5ive (Jazz re:freshed) in 2019, which solidified her unique voice as a composer and band leader within the UK jazz scene, and was supported by Worldwide FM, Stamp The Wax, The Guardian, The Wire, and Mojo to name a few.

Expansions and Transformations: Part I & II is an exploration of impermanence and evolution and how this intertwines music and mind - it starts with two brand new tunes, followed by two reworks. Parts I and II combine soaring melodies from the trombone and violin over the rythym section, interspersed with flickering electronics. The unsettling tension of Part I erupts into the beautiful joyous groove Part II, reminiscent of the music of Pharoah Sanders and Abdullah Ibrahim.

The Unknown (rework) is a 're-making' of the tune of the same title from Rosie's 5ive. This fits into the EP's concept of evolution, as it follows the transformation of Rosie's musical path since her debut release. It is a demonstration of Rosie's growing voice as a producer, produced in her home studio during the first lockdown.

The EP finishes with an upbeat and dance-floor worthy rework of Part II by one of Rosie's frequent collaborators, Jitwam (Part II - Jitwam's Ronnie In The Attic Mixxx).

Expansions and Transformations: Part I & II features Rosie's regular collaborators: Johanna Burnheart, Maria Chiara Argirò, Twm Dylan, Jake Long, and Ben Hayes. It is being self-released under Rosie Turton, and will be available digitally and on a very limited run of vinyl.