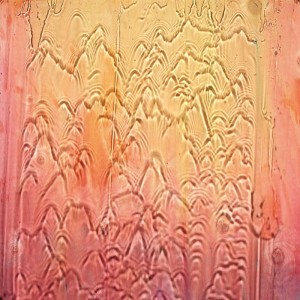 The album is deeply rooted in a feeling of liminality," say Mount Liberation Unlimited duo Tom and Niklas. "It's music stuck in the liminal space between beach parties and worldwide isolation. A feeling of having your physical body in one place, with your mind still left on dancefloors on the other side of the now inaccessible world." A sense of duality has always been key to the Swedes' work. Since their first release in 2014, with work released on labels such as Tim Sweeney's Beats in Space, and fellow Stockholmers Studio Barnhus, they have married a very physical rhythmic presence with their distinct take on electronic music that has also touched upon soul, jazz and disco.

This exploration of organic dance music is, the pair say, "that sweet-spot interaction of human rhythm and electronic pulse." Welcome to the Jungle is no different in its quest to marry a deeply rhythmic essence with hypnotic and pulsating electronics, although it explores more beat-heavy terrain this time around. The opening "Heavy Metal Emoji" sets the tone for an album that is rich in texture, where acoustic instruments brush up against propulsive beats, atmospheric ambience and grooves that swing from dance-floor ready to immersive headphone escapes. "It's dancefloor music for a world without dancefloors," say the pair of its creation at the peak of lockdown.

Made in just a few weeks, it's the pair's quickest album to date. Recorded during a period when they had nothing else to do, the duo threw themselves into the studio and disappeared inside a record that they describe as like "a lingering psychedelic dream of waking up alone in a mossy Swedish forest wondering where the warm breeze went." Which is a theme further explored in the album's artwork created by Swedish woodwork designer and artist Fredrik Paulsen. It's an album that was made purely and truly in the moment, one guided by intuition without overthinking. "You shouldn't always know where you're going, but rather let the process be the goal. Embrace naivety."