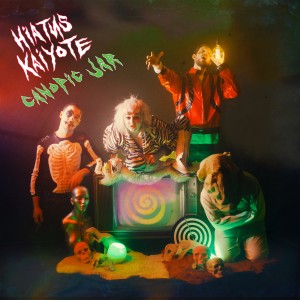 Their music has found fans in hip-hop, and was sampled on songs by The Carters (Beyonce & Jay-Z), Kendrick Lamar, Anderson .Paak, Chance The Rapper, and Drake—with whom Nai Palm collaborated on his Scorpion album.

They received overwhelming critical acclaim for their releases and live shows, and has found fans in the industry’s leading figures like Prince, Erykah Badu and Questlove, and tastemakers like BBC’s Gilles Peterson, KCRW’s Anthony Valadez and DJ Jazzy Jeff.

They have toured extensively playing headline shows including sold out shows at Sydney Opera House, The Novo, Brooklyn Steel and Somerset House, as well as direct supports for Palais Theatre w/Erykah Badu and Family Matters Tour w/Chance The Rapper.

Side A
1. Journey To The Crystal Tomb
2. Canopic Jar