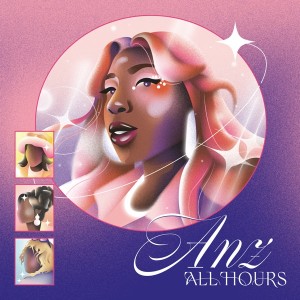 Manchester based DJ and producer Anz is set to release her first EP for Ninja Tune.

Intended as a soundtrack for 24 hours, ‘All Hours’ is a non-stop journey through the history of dance music and underground culture - from New Dance Show inspired electro through club-focused breakbeat, classic UK garage and jungle.

Anz has been making her name as a staple of the dance and underground scene in the UK, playing huge nights with the likes of Four Tet, Peggy Gou, Floating Points, Ben UFO, DJ Harvey and many more dance legends.

Anz recently launched her own label, OTMI, with her self-release immediately selling out and the news picked up by Mixmag, Resident Advisor, The Vinyl Factory and more.

Anz has also released on prominent UK dance labels such as Hessle Audio (Ben UFO, Pangaea, Pearson Sound) and has co-signs from influential tastemakers such as Benji B, Gilles Peterson, Bradley Zero / Rhythm Section and Romy / The xx.

Anz has remixed Romy’s ‘Lifetime’ for XL recordings and Hodge’s ‘Lane’ for Houndstooth. She also contributed to Discwoman and Finn McCorry’s dance mixtape and is recognised for her annual ‘dubs’ mixes which consist of her original productions which sweep UK and international styles.

Decisions (AM Intro)
You Could Be (ft. George Riley)
Real Enough To Feel Good
Inna Circle
Last Before Lights
Quest Select (AM Outro)