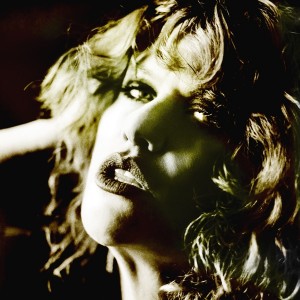 HARD FEELINGS is the new collaborative project between Joe Goddard (Hot Chip) and Amy Douglas. For all intents and purposes, ‘HARD FEELINGS’, the self-titled debut album released on Domino Recordings, is “an opera of sad bangers.” Loosely conceptual without being a full concept album, the material is the ultimate immersive cinematic experience for your feet and ears, seated fluidly at the intersections of New Wave and Synthpop-inspired Pop Music and full on Dance majesty.

New York City’s Amy Douglas has made her reputation across the worlds of house and disco with her distinctive voice and stellar songwriting ability. She has worked with such artists as Luke Solomon, The Crooked Man and Horse Meat Disco, and she wrote ‘Something More’ for Roisin Murphy on her recent album ‘Roisin Machine’.

Joe Goddard is also synonymous with the electronic music world, widely-known in the front ranks of British producers, creating a sounds from across his panoramic musical life, from house, techno and disco to UK garage, R&B and electro-pop. Joe forms one fifth of the UK electronic-pop powerhouse Hot Chip whilst, alongside Raf Rundell, he is one half of The 2 Bears.