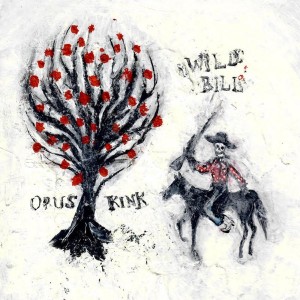 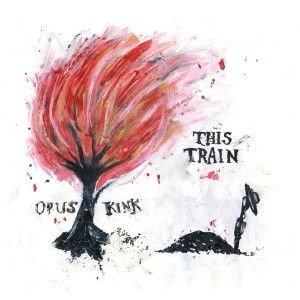 With another week comes another gem to be let loose into the world via Nice Swan. This time it’s the turn of Brighton set Opus Kink, releasing their second offering of the year in ‘Wild Bill’ / ‘This Train’.

Having been recorded at the seminal Rockfield Studios in Wales and produced by Tim Burgess, it’s every bit as zealous and free as we’d expect and in discussing the release, the group revealed: “‘This Train’ is a hell-forleather ride through humanity’s self-destructive tendencies and futile battle against nature, flipping on its head the old adage that ‘this train is bound for glory’.”

A spooky intro converts to a fast-paced and frenetic sound as trumpets and sax blare with feral delight. The single comes to a screeching crescendo and we’re sonically transported to what could easily be a pub parlour, perched on the crimson material of a baby bar stool as beautifully bedraggled chants echo out. They can’t remember how they got there but are united in their message: “Don’t lose yourself to everyone else; Don’t lose yourself to this train.”

So far, Opus Kink have succeeded in turning listeners on their head, leaving a simultaneous excitement and perplexity as the struggle to brandish them with a ‘wemust- define-you’ handle ensues. With an underlying tone likened to that of a Dickensian tale, they possess the edge of a brooding petty criminal, the charm of a street urchin and the philanthropic spirit of any good protagonist.

The band have a flurry of nationwide gigs scheduled over the coming months, including two Nice Swan showcases alongside labelmates Malady, Mandrake Handshake and Hallan. Taking the studio energy and general raucousness into consideration, catching them live will be well worth a look-in.

HallanReporting Live From The Living Room