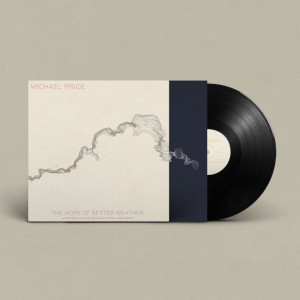 Michael Price has announced a new album, The Hope of Better Weather - part reissue, part reworks - due out on The Control Room on 29 October 2021.

The new album takes his 2012 EP, The Hope of Better Weather, originally recorded by Price alone in a room with a piano improvising, and brings it fully to life with the addition of a series of reworkings by Yann Tiersen, Bill Ryder-Jones, Malibu, Peter Gregson and Eluvium.

He explains, “I wasn't trying to control what anybody else was doing. Everybody that joined in with the project gives their own little piece of freedom. I was really interested in what freedom we all give ourselves, as well as being fascinated to see what a little germ of an idea can mean to somebody else.”

The five pieces, alongside these new reworkings capture a stark beauty, tenderness and delicacy in their tone. But they are also wind-like in their shifting, expansive and elemental essence - capturing an exploration of the natural world. “Nearly 10 years ago when I recorded these improvisations, I felt like I was missing the natural world – things like the weather, the beach at Scarborough and all those kinds of visceral things.”

When Price revisited the work in recent months - at a time when many of us found ourselves more aware of the natural world - he reconnected with it in a way that looks to connect with his next artistic steps. “You start off with listening to 10 year old piano recordings and then you go through the reinterpretations of people looking at that material now through their own lens. The fixation with weather, coastlines and with people connected with nature, is really strong all the way through this project. Coming out the other side of it, it's kind of like a Northern weather feeling - coming out with your collar turned up with a hat on, a bit drizzly and shit outside, but with a kind of determination that is the route forward.”

Most musicians, if they are lucky, will master one craft or field within their career. For Michael Price, he’s managed three, with his music spanning across piano, orchestral and soundtrack work. The soundtrack work - for TV shows such as Sherlock, Dracula, and Unforgotten, and films such as Eternal Beauty, Cheerful Weather and Just Jim – has seen Price win an Emmy, as well as receive countless nominations (including a BAFTA nomination). His work as a solo artist takes the form of beautiful improvised piano works, such as Diary (2017), or via lush, grand, hyper-detailed orchestral work, as heard on critically acclaimed releases via Erased Tapes such as Entanglement (2015) and Tender Symmetry (2018). His latest release, The Hope of Better Weather, is rooted in the piano world but also exists as a bridge crossing into new terrain..

The process of putting together the release has been an emboldening and liberating one for Price, and he finds himself feeling buoyant about the possibilities of what lies ahead – which includes a new solo orchestral album. “It is super freeing and liberating,” he says. “There's these little green shoots of a freedom emerging.”