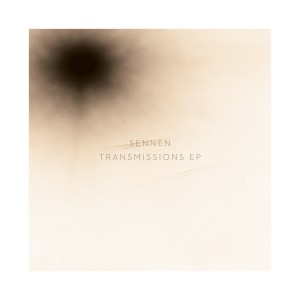 Sennen follow the expanded 15th anniversary reissue of their debut album Widows with a brand new live EP recorded earlier this year when the band were invited to play a live Transmissions session for Rough Trade, which also gave it its title. The four-piece decamped to Goldsmiths Music Studios in London back in June, and four tracks were broadcast via Rough Trade’s Instagram TV channel at the time. It was the first time the band had played together in almost five years, and they worked through a set of tracks from the reissued debut, plus a beautifully affecting cover of Big Star’s ‘Nightime’. The overwhelmingly positive reaction to the reissue (Under The Radar said it fused “post-rock time signatures with the ethereal beauty of early Ride or Chapterhouse”, while Resident Music simply called it “one of the best shoegaze records of all time”) has seemingly given the band a new lease of life, and they head out on the road for a series of live dates later this month.

“We were thrilled with the reaction to the Widows reissue,” says guitarist and singer Richard Kelleway. “It looks and sounds better than the original and seems to have hit the right note with a lot of people. We’ve seen plenty of photos of the record on people’s turntables, which means they like it, right?” The return to live performances was perhaps more unexpected. “When Rough Trade invited us to record a few of the songs for a live broadcast I’m pretty sure we hadn’t all been in the same room together since we met in the pub at the start of 2020 to discuss the reissue. That was pre-pandemic and it had been a lot longer since we’d played some of the songs. “We booked the studio and once we started playing, it’s a cliché but it was a bit like riding a bike. Those songs are forever lodged somewhere in my brain. Apart from ‘Opened Up My Arms’, I must have banged my head where that one was stored. “We used to do a version of ‘Nightime’ in rehearsals, but very occasionally we’d do it live. The last time we did it was just after Alex Chilton died. It turned out so nice we wanted to include it. “It was really fun to play the songs again so we can’t wait to do a few gigs in front of real-life people at the end of October.”