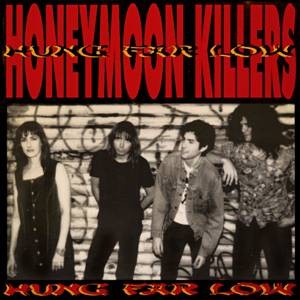 Hung Far Low" is the fifth and final studio album by New York noise rock band The Honeymoon Killers, originally released in 1991 and is now remastered in order to achieve the extreme sound desired for this band.

The Honeymoon Killers recorded this album picking up 2/3 of the nascent Jon Spencer Blues Explosion.