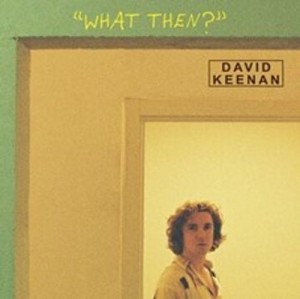 "WHAT THEN?" is the second album from Irish singer-storyteller David Keenan. The follow-up to his critically acclaimed 2019 debut "A Beginner's Guide To Bravery", which charted at Number One on the official Irish independent album charts, and Top 10 on the national album charts. It was also one of the best selling vinyl album releases by an Irish artist of 2019. At the end of 2019, David Keenan premiered his concert film 'Alchemy & Prose' at the London Doc'N'Roll film festival.

"WHAT THEN?" has been produced by Jonathon Mooney of Portland, OR cinematic-indie rockers Other Lives. Guests on the album include celebrated Scottish author, namesake and soul brother David Keenan, Irish poet Stephen Murphy and Nashville drummer Aaron Steele, best known for his work with Portugal. The Man and Hayley Williams.