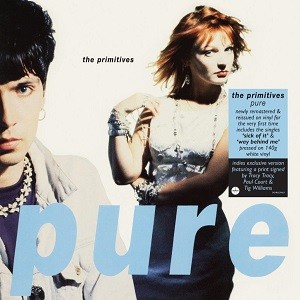 First released in 1989, ‘Pure’ is the second album by English indie pop group The Primitives. The album was recorded as the follow up to their break-out debut album ‘Lovely’ and features more of the signature indiepop sound the band had become known for. Stand-out tracks include the singles ‘Way Behind Me’, ‘Sick Of It’, and ‘Secrets’ along with the more experimental tracks such as ‘Shine’ and ‘All The Way Down’.