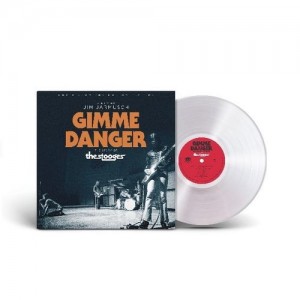 The Stooges are widely considered one of the greatest rock bands of all time and this comes across loud and clear on director Jim Jarmusch’s critically acclaimed documentary film ‘Gimme Danger’.

GIMME DANGER: MUSIC FROM THE MOTION PICTURE is a 14-track collection curated by Jarmusch and Stooges frontman Iggy Pop, with a focus on the group’s first three albums. It includes The Stooges’ classics ‘I Wanna Be Your Dog,’ ‘1969,’ and ‘Loose,’ along with rarities ‘I Got A Right,’ ‘I’m Sick of You’ and ‘Asthma Attack,’ and songs by MC5, Iggy Pop’s pre-Stooges combo The Iguanas, & more. It’s one of those rare soundtracks that appeals both to the most discerning fan and also as an introductory to those less familiar.