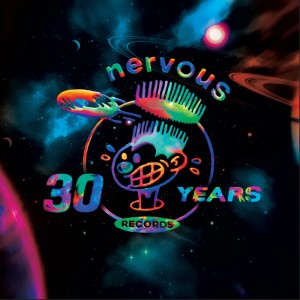 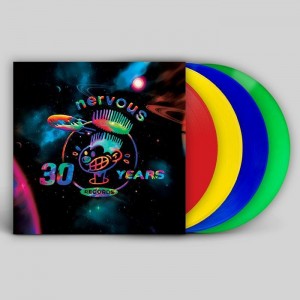 Nervous Records, the iconic label started by visionary father son duo Sam and Mike Weiss celebrates its 30th anniversary with an absolutely jam-packed selection of music. Comprised of both seminal & classic tracks from the label's archive, alongside brand-new remixes by some of its more recent signings, it's a brilliantly curated comp which shows the breadth of innovation this New York based label has enjoyed over its inspiring career. Literally every single DJ I know owns a Nervous record somewhere in their collection; whether it's the purist utterances of house music, soul-infused hip-hop or the early blueprints of what would become techno; the label's sincere and heartfelt approach to artists has nurtured an incredibly diverse and well-respected roster. Named after Louie Vega & Kenny Dope's 'Nervous Track' which would go onto inspire the London broken beat scene; their roster reads like a who's who of dance music royalty: David Morales, Tony Humphries, Roger Sanchez, Armand Van Helden, Kerri Chandler, Kim English, Byron Stingily and Josh Wink to name just a few!

Part 1 comprises of tracks by Willie Ninja, Ralph Falcon, Look Out, The Messenger, Kim English and Byron Stingley; remixed by a smattering of old and new talent such as Tensake, Dr. Packer, Todd Edwards and Louie Vega to name a few.

Label classic, "You Make Me Feel Might Real", Byron Stingley's invigorated take on the Sylvestre hi-nrg disco staple gets a fresh leese of life via an inspired Kevin McKay remix whilst elsewhere, the proto-hardcore of Phture Trax's "Future Groove" is maxed out by Agent Orange who adopts a tribal-techno approach.

Set across four discs, the tracks are all pressed at maximum fidelity making it totally DJ friendly too. A vigorously in-depth portrait of this most highly regarded of labels that we can't recommend enough.

Matt says: Well-deserved 30th anniversary celebration here of a very important label. Every DJ worth their salt owns a Nervous record somewhere in their collection. Here we get a glimpse into the label's new direction as they draft in a stellar cast of modern remix talent.