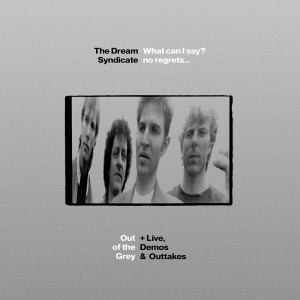 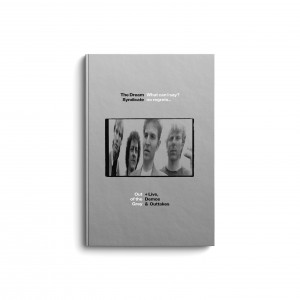 The Dream Syndicate’s 1986 album is back on CD for the first time in 24 years. Hidden inside of ‘Out of the Grey’ are some of Steve Wynn’s strongest songs - “Slide Away” is delightful pop, “Now I Ride Alone” is moody and intense “like the hardboiled typewriting of novelists Jim Thompson, Ross MacDonald, and James Cain” that Wynn dug back in July ‘85. The epic “Boston” imagines the era in which Van Morrison was holed-up in that city circa 1967-68 writing the songs that comprised Astral Weeks while “50 in a 25 Zone” is a vehicle for a band-driven, slow burn groove.

Discs 2 and 3 reveal a wealth of unreleased material – including a never-before-heard July 1985 live album which has the ‘balls to the wall’ energy hard not captured in the studio. The songs were so fresh on that July night - they had not been recorded in the studio yet. On Disc 3, you’ll hear alternate versions of several Out of the Grey songs recorded as ‘demos’ before the album versions. These studio versions also have the raw energy of the live show, plus the band plays rare cover versions by Pink Floyd, Cream, Santana, Green on Red, Alice Cooper, Temptations, and Dolly Parton.

51 songs including 34 never-before heard Dream Syndicate recordings – released under the title of: What Can I Say? no regrets... Out of the Grey + live, demos & outtakes… in other words, you need this!