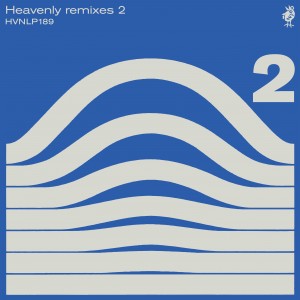 Heavenly was all but founded on the art of the remix; the label’s sadly departed friend Andrew Weatherall remixed the first ever release, and the label has built up an immense catalogue in the intervening years that demonstrates all that is good about the art form and on Friday 10th December 2021 the label release Heavenly Remixes Vol 1 & 2, a brace of albums documenting this long history.

A label forged in the white-hot heat of post-acid house Britain, these Heavenly remixes are perfectly weighted with respect and irreverence, the remixer in each case carefully chosen to add heft to the song - the tracks across the 2 albums are curated, remixed and delivered with love (and a teensy bit of impertinence) and are a glimpse into the catalogue of one the UK’s finest independent labels.

There may well be no rhyme, nor reason, to how these compilations have been put together, beyond the fact that they are assembled with love, an innate understanding of the power of great pop music, and a skilled marriage of song and remixer.

Though not purposely themed, beyond being judiciously chosen as the catalogue’s finest gems, there’s a tiny hint of psychedelia about Volume 2 that is hard to ignore. Firstly, there are the acid contributions from Gabe Gurnsey, who knows his way around a coruscating bassline, and from Graham Massey, whose impeccable credentials in 808 State are brought to bear on ‘Valleys’, by young turks Working Men’s Club (acid house being modern psychedelia, whether the rock press approves or not).

Jono Ma, meanwhile, flips Night Beats’ amazing ‘Sunday Mourning’ into ‘Warm Leatherette’ on benzos, creating a disorienting glimpse of a dystopian Sunday that most definitely doesn’t include a genteel read of the papers and a nice cup of tea. On the other side of the miasma is Beyond The Wizard’s Sleeve’s redemptive re-interpretation of M. Craft’s ‘Chemical Trails’, which, alongside Boy Azooga’s ‘Face Behind Her Cigarette’ (Mikey Young remix), Gwenno’s ‘Chwlydro’ (R. Seiliog remix) and and Katy J. Pearson’s ‘Take Back The Radio’ (Flying Mojito Bros Refrito Dub), is issued on vinyl for the very first time.