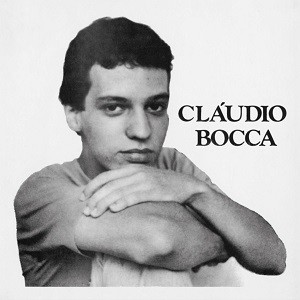 Record Label
Notes On A Journey

Antônio Cláudio Silva Cardoso – Cláudio Bocca grew up in a family of three siblings in North Rio. His father was a commercial businessman and his mother was a housewife and amateur pianist and singer. Claudio Bocca’s first contact with the instrument that would determine his future came via the daughter of one of the employees of his father’s company who was also a serenader.

His first professional gig was at the Ponteio Bar, where he was backed by his now-bandmates Augusto and Márcio. It was at around this time, at one of the budding power trio’s gigs, that Cláudio’s parents decided to invite a few friends and see their youngest son’s band perform for the first time. To the amazement of the couple and the surprise of their friends, they realized for the first time that their son could really sing and had the confirmation that this was what he wanted to do in life. At Mr. Cardoso’s company there was another employee by the name of Gil Figueira, a singer-songwriter who had just recorded his one and only single with the backing of Gaúcho do Luar, founder of the Farroupilha label.

At the first meeting between producer Gaúcho do Luar, Cláudio and Gil Figueira, a handshake agreement was reached wherein Cláudio’s dad would pay the stipulated amount for the production and pressing of the single that we just reissued. Cláudio would then take the finished tape to the Polygram pressing plant and then later receive the 1000 copies made.

The studio became known in the 80s for recording independent projects, and its engineers were acclaimed veterans Toninho Barbosa (the Brazilian Rudy Van Gelder) and Everson Dias. Claudio vividly recalls being a 19-year-old standing in the Polygram pressing plant’s parking lot, after picking up his 1,000 copies, staring at all those boxes of singles in his trunk and thinking, “OK, what do I do NOW?”

With the help of an PR agency and artist management MM Artglobal, he sent countless copies to radio stations but they only got played once before vanishing into the stations’ vinyl archives.

So, where does Notes On A Journey fit into all of this? Jürgen von Knoblauch — a longtime member of Jazzanova and Sonar Kollektiv, amongst others, is introduced on our site simply as Record Collector — met Junior Santos, a musician, drummer, and Brazilian music aficionado extraordinaire, when buying records from him. Junior offered Jürgen to buy a record by one Celso Rubinstein — which led to a NOAJ reissue (which if you haven’t discovered already, you should). The collaboration between knowledge fount and collector was fruitful enough that Junior and Jürgen decided to work on more reissues. This Claudio Bocca record is their second collaboration for Notes on a Journey, with more on the way.

When releasing older and more obscure music, collaboration is extremely important at NOAJ, especially when it comes to getting the rights and making sure that we rightfully acknowledge all of the musicians involved on a record we are re-releasing. Junior Santos, a true expert in the Brazilian music genre, who put together compilations like Brazilian Disco Boogie Sounds (1978-1982) on Favorite Recordings, helped us track down the rights holders of the featured compositions. He also wrote the liner notes and descriptive texts for each song in Portuguese.

Invaluable translation work was done by Greg Caz, who is well known for his compilation projects on Cultures Of Soul and Mr. Bongo. Furthermore, he DJs weekly at Nublu in Manhattan and monthly at Our Wicked Lady in Brooklyn — so now you know where to go on a night out when you’re next in New York.

A – Morada E Poesia
B – Marsupial