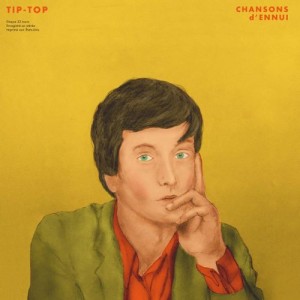 Wes Anderson asked Jarvis Cocker to record a new version of “Aline” for his new film The French Dispatch. The French pop hit from 1965, “Aline” was originally performed and made famous by Christophe. The song appears in a critical scene in The French Dispatch, the character Tip Top appears on a poster in the café where the revolutionary youth of Paris congregate, while the song plays on the jukebox.

Anderson and Cocker decided to collaborate on an entire album of French material from the same period, songs originally made notable by the likes of Françoise Hardy, Serge Gainsburg, Jacques Dutroc and others. And with this, the album named after Tip Top is here.