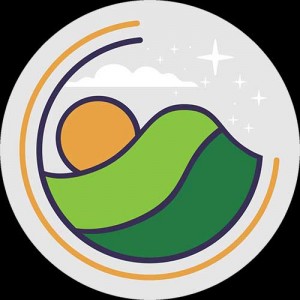 A little info about The guys, All three of them as you'll hear are music fiends/collectors/diggers and lovers, they met whilst attending a pagan mushroom festival on the Wrekin hills and have been firm friends ever since they decided that night/morning to go on a quest to find some musical magic in the far off lands (ye old music shoppes) but only made it as far as the cave around the corner (which happened to have a stack of records and a computer) and thus have remained there ever since much to the joy of there respective wives. Cooking up some late-night cosmic melters for the enlightened to enjoy whilst at the dance.

Thus the label was born and this is their first offering to the world. With this release the Wrekin Havoc lads have pulled out all the stops with some tasteful and respectful edits of some little-known Balearic bombs, extending and editing them just enough to allow the originals to shine a little longer – the occasional flourish has been added but that's about it. No multiple plug-ins on this one.

Three bonafide euro chuggers on a1/a2/b1 for early doors / early morning, actually anytime is a good time to play them!!, The fourth and last track b2 is aimed squarely for the end of the night/sunrise/morning music if you will. The only criteria for this release, would we buy this 12” - it was a resounding yes. We hope you enjoy it also.

If anything is made from the first or future releases all monies will be donated to charity via Prime Direct Distribution. Stay Gold WH.

CoyoteWill We Ever Dance Again / As Above