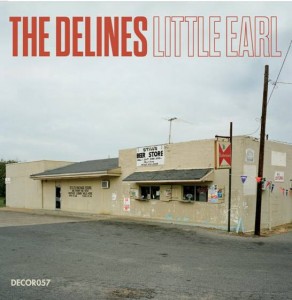 The brand new single from The Delines whom will be releasing their new lp next Feb (title to be announced on release of single) much of which is inspired by Amy Boone and Willy Vlautin’s shared love of Tony Joe White. Little Earl will be the lead track for the new album and Myrna and McCaughey will be exclusive to this single on physical formats.

Recorded with longtime producer John Askew in Portland over 2019/2020 just before Covid hit. It features the classic line up of the band whom gave the world ‘The Imperial’ lp which was number 1 for two weeks on the official Americana charts with Amy Boone (vocals), Willy Vlautin (guitar/songwriting), Sean Oldham (drums), Freddy Trujillo (bass) plus the amazing arrangements by Cory Gray (keys and horns).

The single tells the story of two brothers off on the run in the Gulf Coast of Texas and will have a promo video out on release date shot in the same area of the State.

Side A:
Little Earl
Side B:
Myrna And McCaughey