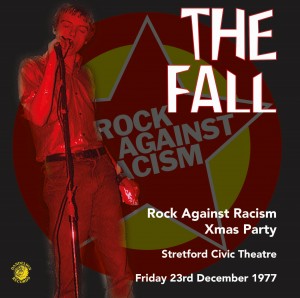 The classic second line up of The Fall, classic material too. Mark E. Smith (vocals), Martin Bramah (guitar), Tony Friel (bass), Una Baines (keyboards), Karl Burns (drums). Tony Friel’ s last gig before he went off to join Dick Witts in The Passage. The Fall set was recorded on cassette by Chris Hewitt , a copy was given to Bernie Wilcox RAR gig organiser who passed it on to Mark. Mark thought it was such an important gig recording despite not being brilliant quality that he asked Chis could The Fall release it – so it first appeared on CD in 1999. In 2013 Mark E Smith told Chris Hewitt it was now due a release on vinyl and would he sort it out on Ozit. It has taken a bit of time since Mark’s suggestion but here it is.