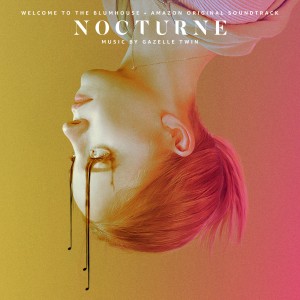 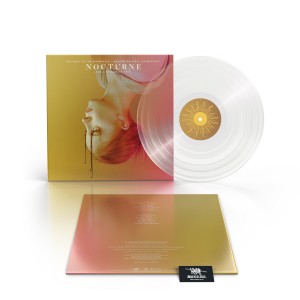 Gazelle Twin’s incredible electronic score to horror film “Nocturne”, released as part of the Welcome To The Blumhouse series.

Includes previously released tracks by Gazelle Twin “Unflesh” and “Belly Of The Beast”.

The score is pressed on clear vinyl and housed in a deluxe spined sleeve with digital download card included.

‘The director wanted there to be a strong appearance of feminine rage featuring heavily in the score, building around the classical pieces,’ says Gazelle Twin. ‘She wanted to use some of my existing tracks, “Unflesh” and “Belly Of The Beast”, in a couple of scenes, so I took leave from the vocal style of “Unflesh”, which has a lot of strong chest singing inspired by Bulgarian Folksong. It became a motif that the music editor, Shie Rozow, weaved throughout the film for those especially fierce moments. Then there’s the ‘dread drones’ that haunt the whole score, getting more and more intense.’