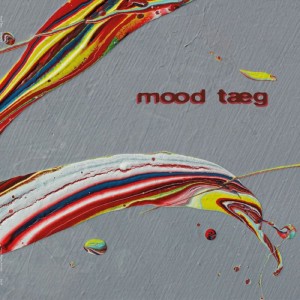 Mood Taeg (pronounced Mood Tag) is a three-piece Scottish/German musical project split between Düsseldorf and Shanghai. The band name, a term in functional linguistics, is a reference to their day jobs, while the album title Anaphora, meaning reference to that which preceded, or came before, is a further nod to linguistics, and their own musical evolution. Mood Taeg have been described as Neo-Krautrock, combining a contemporary take on the lange gerade drumming style of Klaus Dinger and Jaki Liebezeit with the melodic sensibilities and tones of Michael Rother and Kraftwerk. However, outside of their Krautrock roots, they also cite John Carpenter, Philip Glass, Mastermind Herbie, The Beach Boys, Isao Tomita, LFO, Roy Ayers, Ennio Morricone, and Airto Moreira as musical influences. Production-wise, they look to the work of Conny Plank, Greg Wilson, and Brian Eno for inspiration.

The band self-produce all of their music back and forth between their Shanghai and Düsseldorf studios and are part of the wider Mood Taeg Kollektiv which includes musicians, graffiti artists, DJs, photographers, painters, and video artists. They also maintain their Scottish connection through collaborations with artists such as Dundee poet Andrew French. On this new album, Mood Taeg have built on their well-received debut, Exophora. And while some motorik elements remain, patterns generally eschew repetition and evolve organically within tracks. Emphasis has also moved on from the subtle vocal textures found on Exophora, to stronger, more prominent vocal elements featuring poets (Christopher Logue), cultural critics (Michael Parenti), film makers (Alan P. Chilchier), and trade union activists (Jimmy Reid), who reflect their political, social, and cultural views.