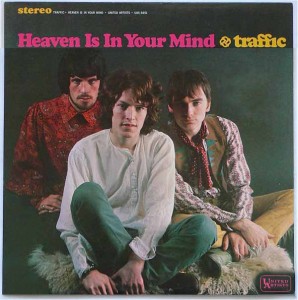 Pressed on yellow vinyl, Heaven Is in Your Mind/Mr. Fantasy now looks and sounds better than ever. Traffic was one of the most original and influential British groups of the 1960s, gathering a diverse set of individual talents in vocalist/multi-instrumentalist Steve Winwood, singer/guitarist Dave Mason, drummer Jim Capaldi and reeds player Chris Wood. The foursome’s expansive talents and formidable creative chemistry allowed the musicians to integrate an array of folk, jazz, pop and R&B element, infusing their eclectic stylistic mix with a playfully psychedelic spirit that perfectly captured the experimental sensibility of the times. Traffic’s historic 1967 debut LP (produced by noted studio vet Jimmy Miller) was released in the U.K. as Mr. Fantasy, but initially reached U.S. shores in altered form as Heaven Is in Your Mind/Mr. Fantasy. The American edition featured an altered track listing and new cover art with Winwood, Capaldi and Wood but not Mason, who had quit the band prior to the album’s release.