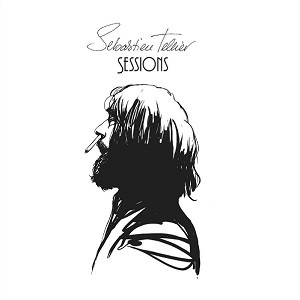 In January 2004, Sébastien Tellier released "Politics", an ambitious album which preaches the defense of the oppressed peoples, in a luxurious dressing. The press went mental, and he was consider elitist and entitled. Nevertheless, "La Ritournelle" is a piece which the whole of France knows, without knowing who sings it. It goes on to be the last ever song played at Manchester’s infamous Electric Chair. Keeping Tellier’s idiosyncratic murmerings etched onto the craniums of whole generation of acid house dads and Balearic wash-outs.

Sébastien Tellier's live shows reached a kind of artistic summit, a model of intensity and starkness. Tellier then decided to record, on December 30th 2005, an acoustic session of his catalogue accompanied by the pianist Simon Dalmais. The fruit of this session gave birth to this album, "Sessions", intimate and stripped back. "Sessions" is a collection of timeless pieces, stemming from his directory, with sympathy to the authors / composers / performers whom the songs were originally written. This is the first time this album has been released on vinyl.