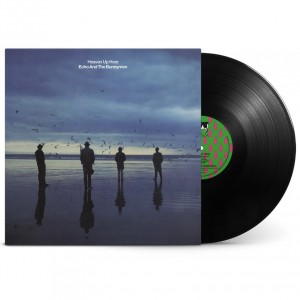 Following the release of their debut album Crocodiles and the subsequent EP Shine So Hard, Echo & The Bunnymen returned with their second studio album Heaven Up Here. The album spawned the single A Promise as well as Over The Wall in Australia. The album artwork was shot by frequent collaborator Brian Griffin, on a beach in the South Wales town of Porthcawl and won the Best Dressed LP at the 1981 NME Awards.

Seen as a darker album to their debut Crocodiles, the album was well-received by fans and press alike, cementing their cult status in the UK. Heaven Up Here went on to peak at #10 in the UK album charts, being certified Gold in the process, as well as being the band’s first album to chart in the USA. It won the 1981 NME Best Album award and ranks amongst Rolling Stone’s 500 greatest albums of all time.